Isochronic tones and binaural beats are used for brainwave entrainment.

I just subscribed to an awesome site called The Unexplainable Store. OMG, if you are like me and if you are on this site, I am to assume you are, then you will love this site. They have all kinds of information and products that can direct us all toward living a great, successful and happy life. I found it while writing an article about Isochronic beats and brainwave entrainment. Check it out!

This is a statement that comes directly from The Unexplainable Store site. I was going to try and rewrite it but why? They say it all!

Our opinions affect our lives more often than most other things. Some people see their family and rejoice at the good feelings and happy interactions they could have. And so they focus on developing these positive relationships and find themselves not only having a good time, but getting far closer than ever before in the process. Unfortunately, the same situation may bring about feelings of fear, animosity, and anxiety in another person. Why is this? The answer is simple. One person has a positive outlook on their life, seeing each change as an opportunity and the other sees it as a trial that must be fought against. What if there was a way to change that person's opinion?

It's no contest which is more productive in creating a better life. People throughout history with positive constructive outlooks on life and the ability to work through challenges have found themselves in the history books celebrated for their apparent deep inner wisdom. People who victimized themselves and others, and were driven mad by their environments have also been recorded by history, but generally in a far different way.

But what is the secret to uncovering this deep inner beauty that radiates outward? We found the answer to be surprisingly simple. Since 90% of happiness comes from within and can be generated without external forces, it seems the true problem of people being unhappy isn't generated in the world around them, but rather in their own minds. And as we interact with others the very act of making others happy within your own mind can give you exactly what you need to start bettering the lives of those around you. And how do you generate it in your mind? Our recordings do just that.

Isochronic Tones- If you are looking for the most effective type of brainwave entrainment, Isochronic tones are the way to go. They use equal intensity tones, but the pulse speed is greater, causing the brain to synchronize with the rhythm. The same frequency is played to both ears and it is the tempo of the pulsing sound that gives rise to the entrainment response.

In 1999, Thomas Budzynski Ph.D.  published a case in the Journal of Neurotherapy which showed that a group of 8 college students increased their GPA with the use of audio brainwave stimulation, and their GPA continued to increase even after the brainwave entrainment was finished.

Binaural Beats- Sine wave generators are used to create two separate frequency waves, which are introduced to each ear independently. The brain reacts by creating a third tone, making up the difference of the two. It instantly reacts to these frequencies causing a Shift In Consciousness. Using this technology, your brain can be programmed to weed out interferences and open up the communication channels inside your mind that are blocked by your own consciousness.

Binaural Beats require stereo headphones. Isochronic tones do not. But headphones are always recommended if available. If headphones are not available, position your speakers on either side of you.

This short video is a sample of Isochronic Tones used to balance your Chakra (the bodies energy points).

The Unexplained Store knows you want FREE Samples. They already know their recordings work and they intend on proving it. You will receive a 20 minute recording in binaural and isochronic format by joining their mailing list by going to their page just click here. You should experience a "Shift in Consciousness". And you can also listen to one minute samples of each individual recordings before you buy. The individual samples are the exact same recordings as the products, just compressed into a one minute versions.

The Science Behind Isochronic Tones and Brainwave Entrainment

So what is brainwave entrainment, it sounds scary. Brainwave entrainment or "brainwave synchronization,"is where you listen to a frequency which guides your brainwave frequency to a certain state of mind, such as meditation and sleep induction. It is usually attempted with the use of specialized software. It depends upon a "frequency following" response because the human brain has the ability to change its dominant EEG frequency towards the frequency of a dominant external stimulus. The stimulus most commonly used is auditory, as in the case of binaural or monaural beats and isochronic tones, or else visual, as with a dreamachine, a combination of the two with a mind machine, or even electromagnetic radiation.

Isochronic tones are evenly spaced tones which turn on and off quickly.Unlike binaural and monaural beats, isochronic tones do not rely on the combination of two tones – the "beat" is created manually by turning a tone on and off. Widely regarded as the most effective tone-based method, isochronic beats produce very strong cortical responses in the brain. Isochronic tones work by emitting sound at regular intervals. This excites the thalamus and causes the brain to duplicate the frequency of the Isochronic tones, changing its thought patterns. Many people who do not respond well to binaural beats often respond very well to isochronic tones.

Binaural beats deserve special mention because of the manner in which the desired frequencies are obtained. Brainwave entrainment may be achieved when audio signals are introduced to the brain causing a response directly related to the frequency of the signal introduced, called binaural beats. Two tones close in frequency generate a beat frequency at the difference of the frequencies, which is generally subsonic. 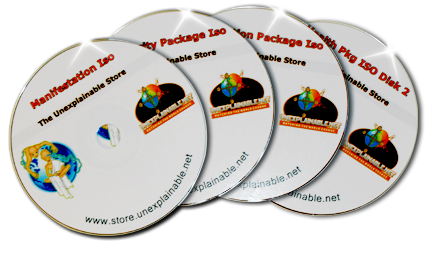 What's in it for You?

I included the scientific background about isochronic tones and brainwave entrainment because many people are research and study oriented. You can find many research studies done on both subjects online.

I have used binaural and isochronic meditation therapy for years and I love it. I can get into a meditative state much easier while listening to music embedded with these tones.

I can't say it will work for you but I can tell you that you have nothing to loose by trying it. The Unexplainable Store has tons of free samples available. You just need to visit their website. I guarantee that you will love the site. It is so cool!

AS always be well,

How to Make Lemonade